For Christmas 2016 I was fortunate enough to receive a trial flying lesson voucher, it was meant to be an introductory lesson at Lydd, however due to the closure of their flying school, this meant I had to look at alternatives with it. I found one down at Shoreham which was an hour introductory lesson – this was run by PerryAir, a small company with a range of tail draggers, aerobatics and training aircraft – I’d managed to book it for when I had my time off in late August 2017, this meant I managed to get some good weather, good views and most importantly a good experience.

We arrived early and got ourselves checked in – I had asked my girlfriend if she wanted, if she was able to, to join us, we asked at reception if this was possible and they were more than happy to allow this – the reception/operations room was a nice small area, full of aviation memorabilia, and with a good view of the maintenance hangar and airfield. We got told our instructor was still airborne due to some delays earlier in the day, but was told it wasnt going to be long so was told we could either sit inside or sit downstairs outside. The seating area outside was small but perfect for the size of the company, it had a nice view of the airfield and the hangar. Our aircraft, G-EKKL – a Piper PA28 Warrior, was sitting in front of us, after about 10 minutes the instructor turned up and introduced himself, I think he was the owner of the company. 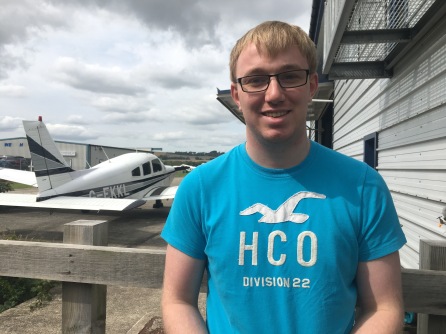 After the introductions I was invited to help preflight the aircraft. This lasted around 20 minutes, where we walked around the aircraft checking all the control surfaces, the electrical items, the fuel and the airframe. We started by walking from the door of the aircraft along the right wing checking the flaps, aileron and the rivets, moving round and checking the navigational lights on the wingtip and then checking the leading edge for damage, dents or anything that wasnt normal. I was given the opportunity to go under the wing and test the fuel, this involved draining a small amount of fuel to check for contaminants, such as dirt or water, either can be dangerous for the aircraft. After that we then went on to check the engine and the propeller, before moving on and checking the other wing. We checked the fuselage and the tailplane, rudder and elevators before hopping inside the aircraft and getting comfortable.

Once in the aircraft the instructor got me familiar with the aircraft and the controls before showing me the start up process of the aircraft. We got our clearance to taxi and made our way out to the runway. Now the winds on the day were coming from the south-west, this meant we had to use one of the grass runways as the wind was coming straight down it. I taxiied to runway 24, I have to admit taxiing took a little bit of getting used to. Once we were at the runway holding point we performed the engine run up tests. This process involved putting the engine to a high RPM, and turning one magneto off, and then the other, to ensure the engine runs properly if one fails, the engine is then idled to ensure the fuel flow is adequate at idle. If the engine performs correctly then you’re good to go, we got our take-off clearance and turned on to the runway.

I increased the throttle up to full power, and applied some back pressure, the aircraft began to rise slowly, before releasing from the bounds of the earth and floating up from the ground. We slowly climbed to 2000ft and turned to the north-west and flew directly between Chanctonbury Ring and Cissbury Ring before tracking the A24 north towards Horsham. We circled above Southwater twice before heading out towards Billingshurst and tracking the River Arun south towards Parham where we did another 360, and then continued south to Amberley and on to Arundel. We circled to the north and to the south, and managed to get some great views of the castle and the town. 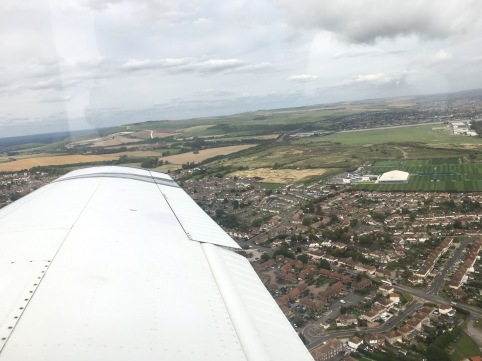 The instructor wanted me to try some instrument flying so said “I want you to fly heading 180, and fly straight and level until I give you further instructions.” This took us out over Littlehampton and out in to the sea, it was really disorienting not having any land to judge your height, and very little horizon due to the cloud. I kept trying to look back to the land but the instructor kept saying keep an eye out the front. He then asked me to track the SFD VOR inbound turning to the right and performing a 270 degree turn to track it inbound. When we got closer to the aerodrome the instructor asked me to use the NDB to position overhead the aerodrome. We circled above the aerodrome, the cloud was getting lower and I kept dipping in and out of the clouds, very disorientating! The instructor wanted me to descend deadside of the pattern before turning crosswind and then downwind to land on Runway 24. 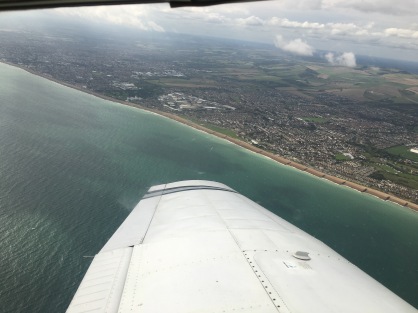 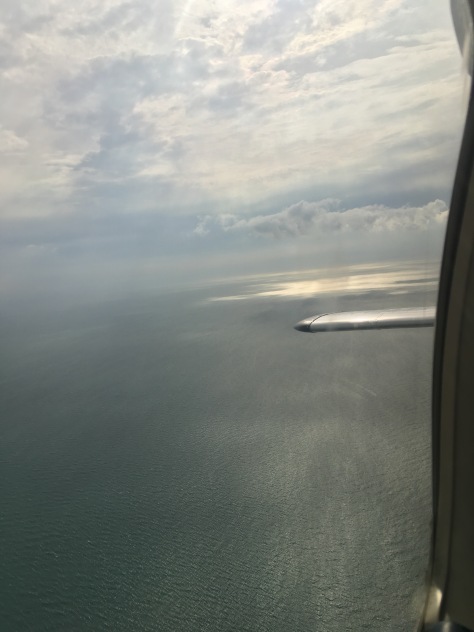 We descended and prepared the aircraft for landing, turned base and then final and brought the aircraft in for a very smooth landing, before taxiing back to the hangar. 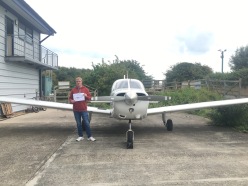 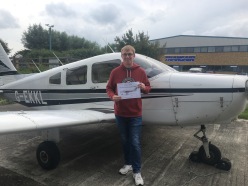 Once on stand we shut the engine down and secured the aircraft, the instructor took us back to the ops room and presented me with my certificate and details of the flight for my logbook, and allowed me to get some photos down with the aircraft. An hours flying, and in total around 2 and a half hours down there, a fantastic experience, and helped me to decide that this would be the way I wanted to learn how to fly, as opposed to CTC or Oxford.

That’s all for this post, I’ve put some of my favorite photos in a slideshow below, until next time 🙂

Published by Callum Learns to Fly

A 24 year old with a passion for flying, my views and journey on learning to fly View all posts by Callum Learns to Fly